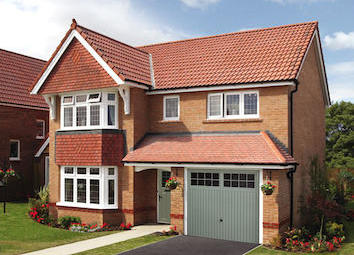 Buyer demand for new build properties has slowed to its lowest level in six years following a fall of over 8%, according to the latest industry annual survey.

Indeed, overall demand has slipped from a rating of 3.14 out of five last year to a current rating of 2.9 among small house builders, and the house builder survey from the Federation of Master Builders (FMB) shows that further falls are expected next year.

The survey is the sole assessor of England’s small and medium sized house builders, and it found that 48% believe low levels of consumer confidence is to blame for the reduced demand.

It also found that current availability of land, as well as planning departments, access to land and access to skills are the four main obstacles facing house builders despite recent improvements.

Indeed, 43% of builders cite access to land as their biggest barrier, down from 59% in 2018, but it’s still the most commonly cited obstacle, followed by difficulties associated with the planning process, cited by 42%, down from 51% in 2018.

Additionally, almost 40% of small house building firms say that they are hamstrung by limited access to finance, but this is the lowest percentage since the survey began eight years ago. However, concerns relating to loan refusals are at their highest in three years. Meanwhile, reports of skills shortages have reduced from 44% to 26%.

‘Small house builders are starting to see the effects of Brexit uncertainty taking its toll on consumer confidence. Many prospective homeowners are clearly holding off buying until there is more political and economic certainty,’ said Brian Berry, chief executive of the FMB.

‘Hopefully this is just a short term pause, and that post-Brexit, demand will pick up once again. If not, and we enter a downturn period, the Government will need to consider how best to support SME house builders to avoid many firms leaving the sector,’ he warned.

‘The main barriers facing small house builders have started to ease but they are still present. This is the fifth consecutive year that small house builders have cited lack of access to available and viable land as the number one barrier. Small sites are the bread and butter of SME development, but unfortunately local authorities’ Local Plans are still far too focused on large sites,’ he pointed out.

He also pointed out that just 3% of members have seen improvements since the 20% increase in planning fees which came into effect in January 2018. This was supposed to increase the speed of the planning process, but 38% of small builders have seen the performance of planning departments worsen.

‘Builders are now paying more for an inferior service which needs to be addressed urgently as part of the Government’s proposals to accelerate the planning system,’ Berry added.